Careful planning throughout the year can assist you in reducing the taxes you pay – as well as help you achieve your financial goals.

Click the links below to learn about tax planning:

The information provided in these web pages is based on internal and external sources believed reliable; however, the accuracy and completeness of the information is not guaranteed and the figures may have changed since the time of printing. Examples are hypothetical illustrations and not intended to reflect the actual performance of any particular security. Please consult your tax advisor for questions relating to your individual situation.

Unless certain criteria are met, Roth IRA owners must be 59½ or older and have held the IRA for five years before tax-free withdrawals are permitted. Additionally, each converted amount is subject to its own five-year holding period.

The Importance of Tax Planning

Careful planning throughout the year can assist you in reducing the taxes you pay – as well as help you achieve your financial goals. This brief guide provides a basic overview of some of the tax rates, credits, deductions and related considerations that may apply to you.

Income tax planning should not be done in isolation, but instead should be driven by your overall financial goals and integrated with your total financial plan. By developing and implementing appropriate strategies to lessen or shift current and/or future tax liabilities, you can improve your prospects of meeting both long- and short-term objectives. For example, accurately projecting your income taxes can help you determine the cash flow available to you in the coming year.

Keep in mind that tax laws are often complex and frequently change. As a consequence, you should be sure to consult the appropriate professional before making investment and/or tax decisions.

While year-round tax planning is important, you may find extra benefits by gathering all your tax-related facts as the year ends. You may, for example, have a clearer picture of your capital gains and losses, as many mutual fund companies issue distribution estimates by mid-December. The end of the year is a fine time to:

Investors should consult a tax professional about their specific situation.

Americans will not see rate changes on their taxes for 2011 due to the passage of the Tax Relief, Unemployment Insurance Reauthorization and Job Creation Act of 2010 on December 16, 2010. The bill extends the Bush-era tax cuts that were scheduled to expire after 2010 and would have affected virtually all aspects of tax code. The new law extends the cuts through 2012. Here are some key topics of which you should be aware:

Estate Tax
The estate tax has been revived and is reunified with the gift taxes. The maximum tax rate is 35% with an applicable exclusion amount of $5 million for 2011 and 2012.

A. The estate tax based on the new 35% top rate and the $5 million exemption with a stepped up basis, or

B. No estate tax and use the modified carryover basis rules which limit the step up to $1.3 million for assets transferred to a surviving spouse.

Payroll Tax Holiday
Millions of individuals will see their paychecks increase as the tax bill provides for a payroll tax holiday. This holiday reduces the employee share of the Old Age and Survivors Disability Insurance (OASDI) portion of Social Security taxes from 6.2% to 4.2% for wages earned in calendar year 2011 up to the taxable wage base of $106,800. Self-employed individuals would pay 10.4% on self-employment income up to the threshold.

* Converting a traditional IRA into a Roth IRA has tax implications. Investors should consult a tax advisor before deciding to do a conversion.

Taxable income is income after all deductions, including either itemized deductions or the standard deduction, and exemptions.

The phase-out for personal exemptions and itemized deductions has been eliminated through 2012.

*”Qualified dividends” generally means dividends received during 2011 from domestic corporations. The investor must own the stock for more than 60 days during the 120-day period beginning 60 days before the ex-dividend date. These periods are doubled for preferred securities.

*The gains are included in determining tax bracket.

Generally, contributions are fully deductible unless you or your spouse are covered by a workplace retirement plan, in which case the following deduction phase-outs apply.

*If neither individual or spouse is covered by a plan, you can deduct up to $5,000 each or MAGI, whichever is less.
**Applies to individuals whose spouses are covered by a workplace plan but are not covered themselves.

Catch-Up Contributions
If you have either a traditional or a Roth IRA and attain age 50 or older during the tax year, an additional $1,000 may be contributed.

Thanks for signing up! 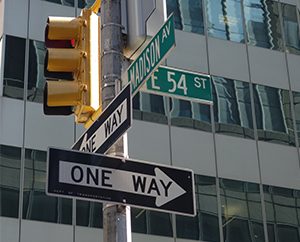 We believe investors’ plans should change as their lifestyles and needs do. We offer an extensive array of investment alternatives and services.